People here in Toccoa, GA, have pets just like anywhere else in the country.  In many cases, the family dog is as much a member of the family as Mikey or Sally.  Every year someone starts to explain to me how expensive it is to take care of Phideaux (French for Fido).  Then they explain how it would be very beneficial if they could claim Phideaux as a dependent.  Having thought about it, I would like to discuss a few of the reasons why your dog is not a dependent. 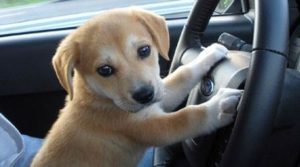 There would be obvious advantages to having another dependent or two at tax time.  Like I’ve shown above, there are many, many indications why a dog is not like a dependent.  All this (Oh yeah, there are IRS rules, too) means ‘NO, you can’t claim the dog as a dependent on your tax return!’

10 reasons why you can’t claim your dog as a dependent on your tax return!